“When it was announced that the Library contained all books, the first reaction was unbounded joy” wrote Borges in “The Library of Babel”. Borges describes an infinite world, a cosmic library, containing every conceivable book and all possible information. “There was no personal problem, no world problem, whose eloquent solution did not exist”, all one had to do was find the right book. The library’s inhabitants soon realised the futility of their predicament. Even the most voracious amongst them, working without pause, would never make it past the beginning of their reading list. Some celestial reader could consume an infinite number of books, and still they would have an infinite number left to read. The paradoxes of mathematical infinity drive many of Borges’ bibliophiles to despair. Others embrace it, only an infinite library can sate an endless appetite for knowledge.

In the real world, despite our finite libraries, we face a similar problem. Probably not long after humankind created writing there was more to read than any person could hope to manage. In times when the manuscript reigned, the problem was less acute. True, you couldn’t read everything, but you could read everything that mattered. The medieval physician scarcely needed more than the texts of Galen to be considered an expert. The proliferation of the printing press brought an end to this situation. Whilst books were now easier to obtain and read, the rate of production skyrocketed. In an illuminating article on the history of book production in western Europe, Buringh and van Zanden inform us that “Whereas during the sixth and seventh centuries on average only about 120 books were produced annually in Western Europe, in the peak year [of the 18th century] of 1790 total production was more than 20 million books” [1]. 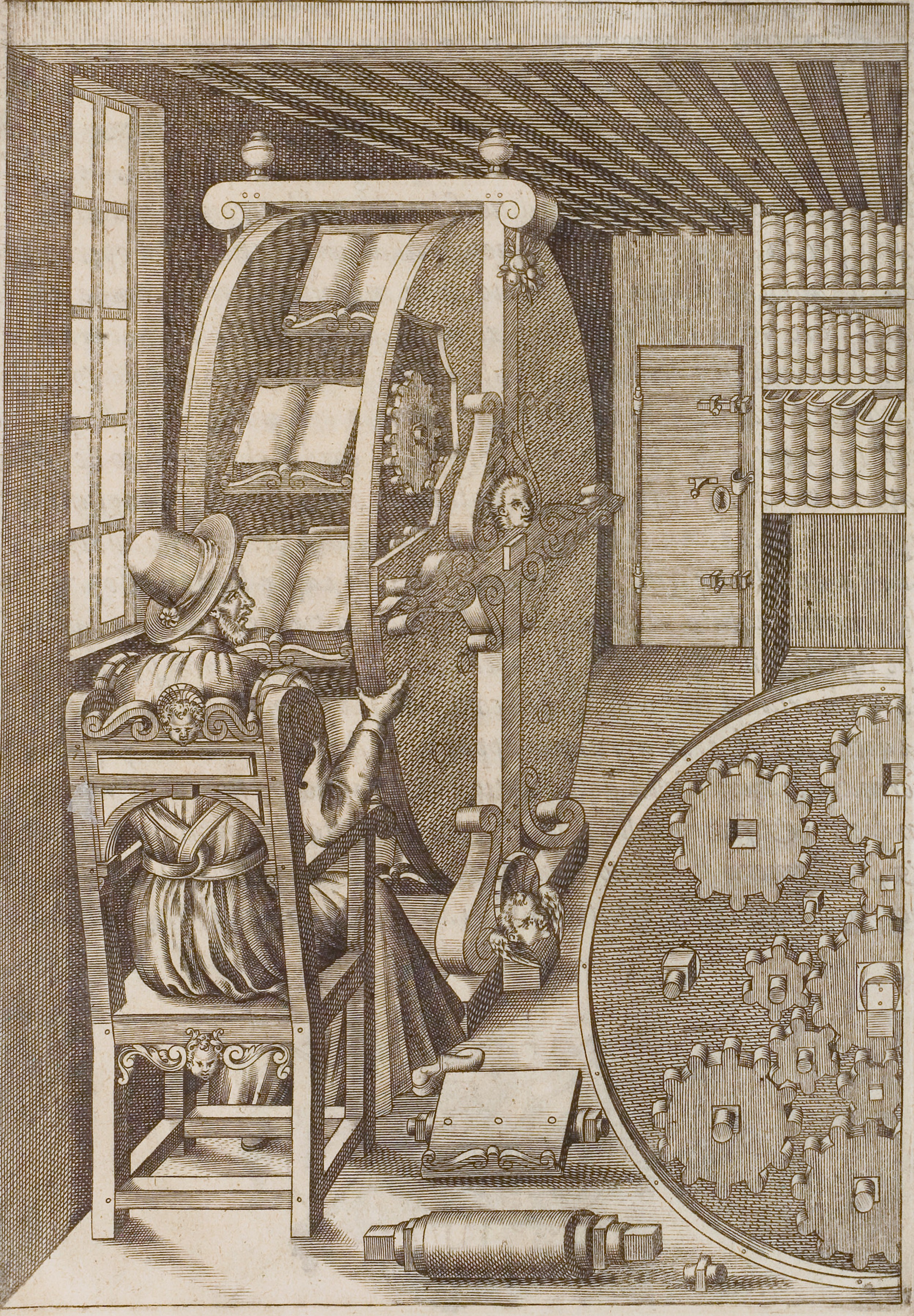 Faced with an overwhelming number of valuable books and articles to read, people began inventing new ways of organising and accessing books. One of the earliest innovations in information retrieval was Ramelli’s bookwheel, a Kindle for the 16th century. It allowed the user to consult multiple texts at once in a single location. Slowly, the obstacles preventing people from obtaining, reading, and transporting knowledge stored in text began to disappear. In the modern world access to information, including information stored in books, is immediate. Our digital bookwheels hold more volumes than a library, each of which can be retrieved in a matter of seconds from anywhere in the world.

Despite these meteoric advancements, a crucial question remains unanswered: what should I read? Nowhere is this question more pertinent than in academic research. Number of citations or more convoluted metrics are often offered as solutions. Simply pick the paper with the greatest relevance and the highest ‘impact’ and proceed from there. These measures fail to account for important but unquantifiable factors that a reader might consider when deciding if something is worth reading. One factor is interest, does what I’m about to read sound compelling? There are occasions when asking this isn’t an option and one must read something regardless of its quality. But sometimes we’re lucky and have the freedom to choose. Marie Kondo, the now world-famous organisation expert, offers some sage advice on tidying-up which readily applies to the problem of choosing what to read. Gather together all of your books and papers, one category at a time, and keep only those that “spark joy” – the word in Japanese is tokimeku. From Oscar Wilde to Richard Feynman, the virtues of a reading diet based on interest have been widely extolled. In academia, reading is often done as a means to some end. It’s all too easy to forget that reading can be an enjoyable end in itself. Personally, I think there’s only one book worth looking for in Borges’ library. The one that tells you what to read.